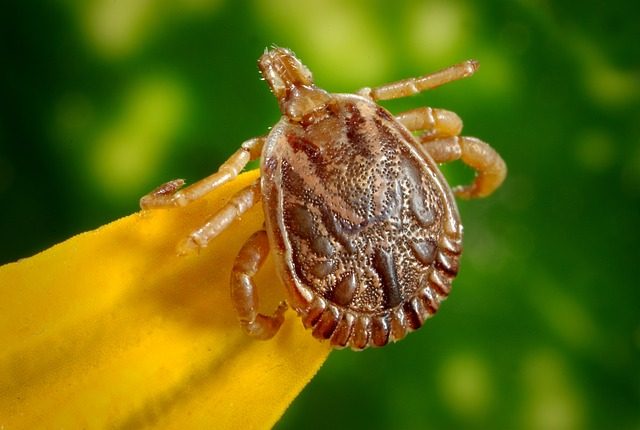 American researchers made a loud statement: by 2070 on our planet will disappear about a third of all parasites. The reason for this will be climate change. This will result in a shift in many (if not all) ecosystems on Earth.

Recall that parasites – a very diverse group of organisms that use the host (human or animal) as a source of nutrition and habitat. Roundworms, mites, lice and fleas, fungi and many other pests play an important role in ecosystems, as they help nature control animal populations and conserve energy that is transported through food chains.

Many parasites have rather complicated life cycles, which include passing through different hosts. According to the curator of the US National Parasite Collection (USNPC) in the National Museum of the Smithsonian Institute of Natural Sciences, Anna Phillips, a variety of parasites can be considered a sign of a healthy ecosystem.

“This means that the ecosystem contains many animals, and its conditions remain stable for quite a long time, which is necessary for the development of complex interrelations,” the scientist adds.

Despite the enormous contribution to the development of ecosystems, parasites are sometimes deprived of biologists’ attention. For example, until now it was not known how the climate changes that occur on the planet will affect the population of parasites, says lead author of the new study Colin Carlson.

To clarify this issue, his team turned to the richest collection – the National Collection of Parasites. It was established in 1892 and continues to replenish until now. Today the collection contains more than 20 million samples, which can be used to analyze the geographical distribution of parasites. Based on this, a model is constructed and possible changes are projected.

In addition, scientists used additional information from special databases, in which many parasites are cataloged. This helped to conduct a deeper, more comprehensive analysis of their distribution.

To begin with, the research team accurately established where each individual specimen came from. Having studied the region of its appearance, the experts understood what requirements “puts forward” this or that parasite to the habitat.

Specialists note that it is much easier to work with modern samples, since the GPS coordinates of the place from which they were taken are indicated in the catalogs. But the old samples required an additional check, because the information about them was not always accurate.

The work attracted 17 scientists from eight countries. It took them years to find the exact “geographical source” of each sample. All data were recorded in a common database, which can be used for future research. In total, 457 species of parasites were studied. Then the scientists considered several scenarios of climate change on the Earth, taking into account the biological and geographic characteristics of the parasite populations.

The most disastrous model showed that by 2070 the species diversity of parasites on our planet will be reduced by one third. The most optimistic models predicted a loss of about 10% of parasites.

The greatest threat will hang over ticks and fleas, but some types of parasites (for example, lice), on the contrary, can spread even more.

According to Carlson, even in the best case – if the climate change slows down – serious ecosystem changes will still be inevitable. The disappearance of parasites will speed up the loss of many non-parasitic animal species, which will shake ecosystems.
“Parasites will certainly face a serious risk of extinction in the next 50 years, they are in the same danger as any other group of animals,” the researcher notes.

As a result of his work, his team created the “Red List“, which indicates the levels of threat for each type of parasites that were considered by scientists.

True, how to preserve the population of parasites is not yet clear. These organisms remain poorly studied and require a specialized approach to conservation that takes into account their evolutionary history, as well as the current role in ecosystems, the authors conclude.

More details about their work, they told in an article published in the publication Science Advances.

We add that earlier, other sad statistics were also sounded: two-thirds of wild animals of the planet may disappear by 2020.

Moreover, hundreds of species of birds today are on the verge of extinction, but environmentalists do not even know about it. Also, a huge threat is already hanging over leopards, bees, pangolins, lemurs, giraffes and many other animals.