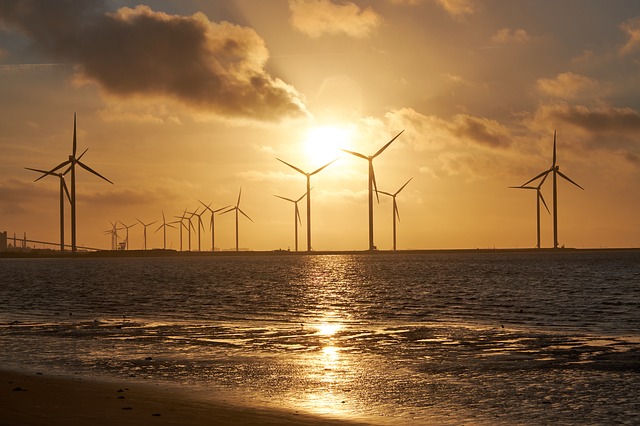 The wind today is one of the most accessible and clean sources of energy, and in this respect the US can be said to sit on a gold vein. Especially important fact is that it is theoretically inexhaustible source. As a recent study of the Carnegie University’s research center has shown, wind speed over the oceans allows turbines in power plants to generate much more electricity than their land-based options located in fields and flaws. And the wind parks of the North Atlantic alone are theoretically able to provide enough energy for all of humanity.

Relying on the wind as a source of energy, the United States lagged behind Europe for decades with its world’s largest wind farms, including the London Array and the Dutch wind farm Gemini. However, last year on the shores of Rhode Island the project Trident Winds was deployed, which, if successful, promises to intercept the title of the largest wind power station, thereby pushing the United States to the first place.

In addition to relative safety for the life of birds and less impact on life for humans, the main advantage of installing wind generators in the open ocean is, as noted above, a much greater energy potential. In theory, higher wind speeds mean that 5 times more energy can be generated over water. But is it possible in reality to turn this into an increase in the production of electricity – is another matter.

Co-author Ken Caldeira also wondered what influenced the decrease in wind speed on land and whether offshore wind farms would reduce its speed in the ocean, thereby reducing its effectiveness, acting as the only obstacle that slows the wind. To find out, the team resorted to a computer simulation to compare the indicators of ground power stations in Kansas with theoretical projects in the open ocean. The results showed that windmills in the ocean do not affect the wind speed so much and in places produce three times more electricity than ground stations. The reason for this is the difference in atmospheric conditions over the land and ocean surface.

As a result, the team of researchers noted that the North Atlantic is not only rich in wind energy, but also that the theoretical performance of the wind farms located there may differ depending on the season. For example, in the summer, energy can be enough to fully supply the US or Europe, but in winter it can be enough even for the whole world.