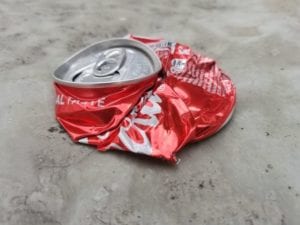 From the very beginning of its existence, people left behind a variety of garbage and waste. Gradually, he learned to organize them. The first landfills were created in ancient Crete. When people arrived, the garbage became more and more. Along with the industrial revolution, the amount of garbage and waste increased significantly. There are various ways to solve the problem of a growing mountain of garbage. At the end of the 19th century, the first waste disposal system was created in New York.

Actually, all that we do not need, we throw in the trash, including unused items and furniture. Plastic bags decompose in only a few hundred years. And due to the ingestion of plastic waste, about two million birds and marine mammals die each year. Researchers estimate that 75% of the world’s population in 2050 will have difficulty accessing fresh, healthy water if pollution continues at the current rate.

Garbage is toxic and poisons the seas, oceans, rivers, lakes, surface and subcutaneous waters. They poison the soil. Poisonous birds and other animals become victims of poisoning. We read about flocks of dreams many times.

The world produces an incredible amount of garbage and waste. Some of them, such as plastic, break very slowly and for a long time. Since the dumping of toxic waste on land is expensive and risky, many countries are trying to drown them in the seas and oceans. Radioactive waste from nuclear power plants, nuclear weapons factories and waste from hospital laboratories is particularly dangerous.

Americans annually produce more than 600 million tons of hazardous waste. Storage of this waste in itself costs about 80 billion dollars.

Americans produce about 300 million tons of garbage per year. According to the US Environmental Protection Agency (EPA), every American loses 4.6 pounds per day. 65% is from residential buildings, and 35% from schools, hospitals and enterprises. 55% of this garbage goes to landfills, 33% is recycled and about 12% is incinerated. In San Francisco, 68% of garbage is recyclable. This is the best result among major cities. USA. New York spends almost $ 1 billion a year collecting and recycling trash. And what a city looks like that does nothing to scavenge, just remember Naples. Seeing Naples drowning in garbage is just “you can die.”

One method of disposing of garbage is incineration plants. Combustion energy can be used for heating or power generation. IncineratorsIncinerators facilitate disposal of debris, but pollute the air. From the point of view of environmental protection, it would be more desirable to recycle secondary raw materials (recycling). Recycling of recycled materials reduces the amount of waste, does not poison the environment and reduces the need for raw materials, and thus serves to maintain non-renewable raw materials. The problem is that industry is reluctant to use recycled materials in the production process.

There are so many sources of environmental pollution that it is very difficult to identify everyone. In many countries, a permanent system for monitoring and controlling the state of the threat to the environment was introduced in order to protect public health and launch emergency measures in a timely manner.

The developed industrial world is rapidly absorbing the raw material resources of the entire globe. Only a fifth of the inhabitants of our planet live in rich industrialized countries. However, they consume up to 80% of the earth’s raw materials. Often, different countries rich in poor countries pay them for this service. Thus, “ecological bombs” are created.

We do not have accurate data on how much waste our world produces. We read about poisoned waters in rivers, lakes and seas. Various harmful substances, such as freon, are released into the air. We litter the environment with hard and long-lasting plastic. Pollution of the earth, water and air harms not only people, but also fauna and flora.