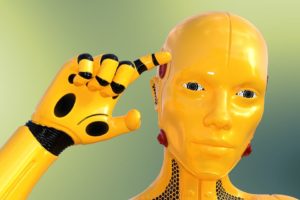 Robots are doing more and more work for us – this is perceived as a natural and positive result of scientific and technological progress. The research of the analyst company Oxford Economics covers less rosy sides of this trend: in the next ten years, it may cause consequences for which the world community is not at all ready. By 2030, the use of machine labor in industries can reach such a large scale that tens of millions of people will be left without jobs and without the skills that are in demand in the market.

For industry, automation has long become the norm, and now, with the development of artificial intelligence technologies and computer vision, the expansion of robots begins in the service sector. The most active machines will replace people in positions that imply monotonous mechanical work under predictable conditions. Based on statistical data, researchers list the number of industries that will be most exposed to automation, retail, healthcare, transportation, hotel business, as well as construction and agriculture.

From a geographical point of view, the process will also unfold unevenly. The population of China will suffer the most – they account for more than half of the future unemployed. For comparison, in the US, the problem will affect only two million people. In general, in low-income countries per capita, the tendency to displace living labor will be stronger.

Of course, the restructuring of the market will not only destroy jobs, but also create a need for new personnel, but this cannot be considered an equivalent replacement. New career opportunities will be opened for specialists with higher education working in the field of IT or in science. Unemployment will hit people who are engaged in low-skilled labor. Based on this, we can expect a growing gap between the well-being of the higher and lower strata of society and the exacerbation of social inequality.

According to researchers, trying to prevent or slow down the rapid capture of the market by artificial intelligence is irrational – in general, the economy benefits from this development. For the types of tasks listed, the machines really turn out to be both cheaper and more productive labor than we are. Measurements show that one robot produces the same result as 1.6 human employees. With the introduction of automation, production volumes start to grow steadily, which gives additional profit. In the most optimistic scenario, by 2030, robots will bring about five trillion dollars annually to the world economy. Therefore, the task of state structures and business leaders is rather to soften the inevitable transition to a new model for employees.

The coming crisis in the work market will be particularly acute, as people in low positions may lose not only work, but also traditional reserve options. According to the data provided by the authors, with the rise of structural unemployment in industry, labor usually begins to flow into three sectors: transport, construction, or clerical and administrative work. However, in all these sectors a significant part of the processes will be automated in the coming years; accordingly, they will not be able to offer the required number of vacancies.

In conclusion, the researchers offer their view on solving the problem. They see a way out in the fact that, to date, significant gaps remain in the range of skills that are hypothetically available for robots. So, they still do not do well with “working in a less structured environment that requires the ability to empathize, creative thinking or social intelligence.” Employees engaged in manual labor or administrative work are encouraged to learn skills such as negotiation or customer service. All duties that require direct contact and complex interaction with living beings, from dog training to social work, are likely to fall on the shoulders of people for several more decades.