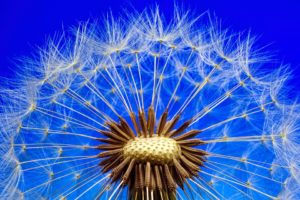 The world-wide X Lab, known to the public as Google X, has created projects such as Project Wing, a Waymo (Unmanned Vehicle), Project Loon (Air Balloons) and Google Glass. In the summer, one of the most promising projects – Dandelion, was allocated to a separate company. This project will allow homes to be heated in winter and cooled down in summer using geothermal energy. Dandelion is already the first buyer and has collected $ 2 million in investment.

The innovative project involves drilling wells at a depth of 100-150 meters. It is at this depth that the ground temperature reaches a mark at 10 ° C. In two drilled wells, plastic U-shaped pipes are immersed, through which the pump is pumped onto the surface, pumping water and collecting heat from the bowels of the earth and coolness in the summer. The heat pump converts energy into cold or warm air and heats up water.

Of course you will say that such technology is not an innovation – in the USA there are already similar technologies worth 40-100 thousand dollars. During two years of its work the project team was able to reduce the cost by almost half and speed up the installation in three times. 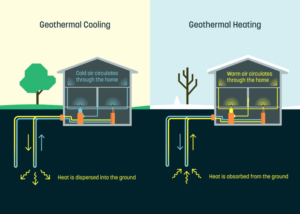 For drilling of heat wells expensive roadside equipment is used, and Dandelion does not need it. The developers were able to create a light system that is capable of drilling a few inches in width with a small amount of waste. Pipes are installed not 3-4 days, as before, but less than a day. The cost of equipment reaches 5 thousand dollars. It’s worth noting that developers do not accept 100% subscription. Instead, buyers pay less than $ 200 a month.

To date, there is still no final cost of the system, but the project developers say about the amount of 20 thousand dollars. The system will pay off for 10 years. Heat pumps will last 25 years, other elements of the system do not have a clear lifetime. The project analysts have estimated that the owners of homes in New York will be able to save over 20 years 35-63 thousand dollars. and prevent carbon emissions.