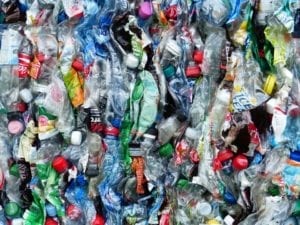 The “plastic problem” returns from time to time as a boomerang. There are new alarming reports from all around us regarding its destructive impact on the surrounding environment and our health.

Not everyone is aware of the fact that more than 60 billion tons of plastic waste are produced worldwide every year! Plastic is particularly harmful as it is not biodegradable and its molecules become part of the food chain. It is estimated that in some regions of the oceans, more plastic than plankton is floating in them! Neil Seldman, an expert in the field of waste recycling, described plastics as a potentially greater threat than global warming.

However, the problems do not end there. Dr. Allen Hershkowitz from the US Natural Resources Defense Council claims that more than 90 percent of the damage caused by disposable plastic packaging is caused by the consumer will open the proverbial plastic bottle with his favorite juice or mineral water.

Few people are aware of the amount of fuel used in the first place for the production of plastic, then for its transport, and finally for its recycling (which with the rest takes place in the case of only a small part of plastic bottles). Most of them land on rubbish dumps. It is said that to make everyone aware of how big the problem is and how much energy is used to produce plastic, each bottle should be filled in 1⁄4 of its volume with the fuel needed to produce it.

But the problem of littering the environment is just one bad face of plastic.

More and more scientific reports indicate its potentially harmful effect on our health. The main culprit here is Bisphenol A (dian, 2,2-bis (p-hydroxyphenyl) propane, abbreviated as BPA. It is an organic chemical compound from the group of phenols that has been used for many years in the chemical process of hardening plastics.

Products containing BPA are widely used in the food industry mainly as packaging for food and beverage as well as in the children’s industry (plastic baby bottles, teats, teethers and plastic dishes). Its presence is marked by placing the “PC 7” symbol or the figure 7 itself inside the triangle.
BPA was thought to be completely safe for humans and animals for a very long time. Unfortunately, recent reports and results of scientific research show that it is completely different. They indicate that it has a detrimental effect on the hormonal, metabolic and nervous systems.

It is believed, inter alia, that bisphenol A mimics the action of natural sex hormones – estrogen and as such can affect the risks associated with the occurrence of diseases such as cancer, obesity, congenital malformations, decreased fertility in men, precocious puberty, attention deficit hyperactivity disorder, diabetes or decreased resistance.

Bearing in mind the above research results and the safety of its citizens, several countries such as Canada, Japan and Korea have already introduced regulations that completely ban its use. In others, turbulent discussions take place on this subject.

The easiest way in which we, consumers, can defend ourselves against the disastrous influence of plastic on the surrounding environment and our loved ones’ health is its elimination from everyday life. Let’s replace plastic supermarket bags with increasingly popular paper or canvas bags. Plastic containers for food storage are replaced with old good and proven glass jars. Do not buy mineral water or drinks in plastic bottles. Let’s turn them into a hit that is already the world’s only ecological healthy and designer aluminum water bottles. Well, first and foremost, we choose products marked with BPA Free, which means BPA -free.