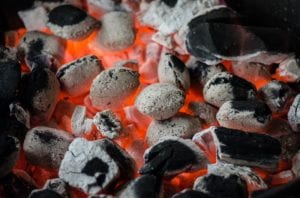 Nowadays, the problem of climate change and carbon dioxide emissions is a dream for many scholars. Meanwhile, the solution is at hand. New technologies for obtaining energy from plant biomass, leading to the creation of so-called biochar opens the way to reduce CO2 in the atmosphere.

Biochar (biochar, biocarbon) is an improved version of the well-known charcoal. It is obtained in the process of thermal decomposition of biomass of various origins (plants, organic waste). The parameters of the biochar formation process, such as: temperature, oxygen supply and pressure, determine the properties of the obtained products – char and other substances. One of the methods of obtaining biocarbon, bio-oil and biogas at the same time is pyrolysis. This process is called a destructive distillation, consisting in the thermal decomposition of substances at very high temperatures (122-1652°F) without access to air and / or at increased pressure. The products obtained play a large role in the production of heat and electricity, while reducing the emission of atmospheric pollutants.

However, biochar has a very wide range of applications, reaching its roots to ancient times. About 500-2500 years ago, indigenous people of the Amazon used charcoal to improve soil fertility. Hence, the name of the black Amazon earth – Terra Preta do Indio. So formed soils are characterized by high fertility and productivity, which is why they were called “black gold”. The content of organic matter in soils cultivated by the Amazonian Indian technology has not changed for hundreds of years, thanks to the resources slowly mined from the coal. Currently, biochar is used in agriculture.

The production of bio carbon is used, among others:

How can biochar production contribute to environmental improvement?
Production of “clean energy” – vegetation uses CO2 from the atmosphere in the process of photosynthesis, which in thermal processing technology for energy products is accumulated in a biochar. However, it should be noted that in order for this technology to be the most beneficial one should reduce transport from the place of cultivation to the place of processing and use machines working on energy obtained in an ecological way.

Limiting global warming – CO2 sequestration in soil. Biochar is a very durable product that can stay in the soil for hundreds of years before the coal is re-released into the environment. At the same time, it is an irreplaceable fertilizer. Assuming continuous renewal of vegetation, the results of CO2 reduction can be promising.

Soil remediation – soil fertilization with biochar contributes to increasing the amount of organic matter, increasing soil water capacity and stabilizing pH. In addition, the sorption properties of porous carbon cause that it can be used to remove contaminants from soil, e.g. heavy metals, thereby minimizing the release of unfavorable substances into surface and groundwater.
Sorption of pollutants – it has been proved that biochar can clean up municipal sewage, among others from heavy metals, pesticides, polycyclic aromatic hydrocarbons and polychlorinated biphenyls.

The management of organic waste used for the production of biochar has many advantages, such as: simultaneous utilization of waste, limitation of emissions of gases coming from decay processes (CH4, SO2) and elimination of the landfill problem.

Currently, there are many companies on the market dealing in the production of biochar and the development of new technologies that allow for the most efficient use of biomass.