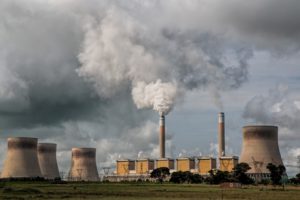 How to reduce the content of carbon dioxide in the atmosphere? How to dispose of surplus electricity from renewable sources?

The problem of the emission of greenhouse gases into the atmosphere has been of concern to scientists for a long time. The greatest concern is caused by carbon dioxide, since its contribution to the global greenhouse effect is second only to the contribution of water vapor. And it does not even matter if it’s about anthropogenic emissions, that is, those caused by human activities, or about natural sources of СО2 emissions – after all, increasing its content in the atmosphere in any case contributes to global warming, and with this something need to do!

But the problem is that carbon dioxide molecules have very low chemical activity, and in order to get them to react with other substances, you need to spend a fair amount of energy. Therefore, up to now, all the thoughts and efforts of the researchers have been aimed, basically, at finding a way of long-term removal of surplus carbon dioxide from the natural carbon cycle. Bury them, say, in the world’s oceans, accumulate in soil and forests, pump into abandoned mines and so on.

However, now – thanks to the work of a group of American chemists – before ecologists, climatologists, and at the same time, energy specialists opened up entirely new prospects. Because the technology developed by Stanford University professor Matthew Kanan and his colleagues not only makes it possible to turn harmful CO2 emissions into something useful and even valuable, but also facilitates the transition from traditional hydrocarbon energy to green energy. 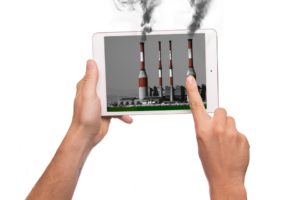 After all, one of the main problems of alternative energy is the volatility of energy production: the wind is blowing, then no, the sun is shining, then no, and this forces us to look for ways to accumulate surplus energy produced at favorable hours to compensate for its shortage at unfavorable hours. The work of Professor Canan and his colleagues, the results of which are published in the journal Nature, makes a significant contribution to the solution of this problem. The scientist explains: “The idea is to create a system in which solar energy or wind energy would be used to maintain the electrochemical process of converting carbon dioxide as a raw material into liquid fuel.”

Thus, carbon dioxide would finally find a worthy use. And surplus energy, obtained from regenerative sources, would be spent on its electrolysis and would be accumulated in the liquid fuel that forms at the same time. “Even today, carbon dioxide can be electrochemically reduced to carbon monoxide, but this is only the first step,” Professor Kenan explains. “To get hydrocarbon fuel out of it, we need to continue the recovery process.” So, we managed to find a catalyst that allows carbon monoxide and water in the next stage of electrolysis to obtain ethanol. ”

The same ethanol, that is, ethyl alcohol, which is mixed, for example, with motor gasoline. However, at gas stations in Germany the share of ethanol in gasoline does not exceed 10 percent, but, say, in the USA or Sweden it reaches 85, and in Brazil it is even 100 percent. So the demand for this fuel is obvious.

Instead of hydrogen on the cathode, ethanol

The miracle catalyst of Californian scientists is copper, but not just copper, but copper nanoparticles, or rather nanocrystals. Conventional nanoparticles are obtained by depositing a metal from a thermally decomposable gaseous phase, with a disordered structure being formed. Professor Kenan did otherwise: taking as a basis an electrode of solid copper oxide, he by means of its chemical reduction received a strictly ordered coating of copper nanocrystals. The electrolysis cell of the Californian researchers is a vessel with water, which is constantly saturated with carbon monoxide. If the standard electrodes are lowered into the vessel and the voltage is applied to them, the decomposition of water will begin, oxygen will be collected at the anode, and hydrogen at the cathode. But the use of a cathode from copper nanocrystals enabled the reduction of carbon monoxide to ethanol to be achieved instead of reducing water to hydrogen.

This did not even require more or less high voltage, and the efficiency of electrolysis (the so-called Faraday efficiency) was 57 percent, which is more than 10 times higher than that achieved with conventional copper catalysts.

The mechanism is incomprehensible, but the prospects are impressive

“We hope that in the course of further optimization of our catalyst we will be able to raise the efficiency of the process to almost 100 percent,” says Professor Kenan.

Why nanocrystals obtained from solid copper oxide turned out to be such a wonderful catalyst, and nanoparticles deposited from the gas phase – no, the scientist himself does not quite understand himself. But this does not stop him thinking about the next steps: “We will do our best to bring our discovery to the stage of practical application as soon as possible.” It will be impossible to say how long this will take, but eventually this technology will allow us to extract carbon dioxide from flue gases of power plants and turn it into a really useful product, instead of senselessly injecting, as it is planned today, underground! “