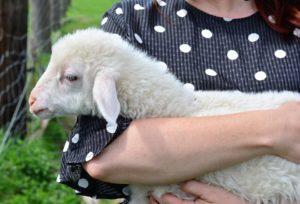 If you recycle the garbage separately – you care about the environment. If you save fuel and electricity – you reduce emissions to the atmosphere. If you are a vegetarian, you prevent an ecological catastrophe. Why the rejection of meat helps restore ecological balance – this is our material.

How can a person take part in the environmental protection of our planet? There are an infinite variety of options: from a selected bottle, sent to a container, to the organization of a public forest protection fund for the Amazon. Ecology is multifaceted and is present in all spheres of our life.

To consider the negative impact on the environment in smoke clubs escaping from the pipe of a chemical plant is very simple, but it is difficult to know how meat consumption destroys the ozone layer.

Back in 2006, the UN defined livestock as one of the largest contributors to the destruction and pollution of nature. The specific reasons for the negative impact will be discussed below, but in 2006, FAO specialists determined the share of livestock in greenhouse gas emissions at 18% of the world indicators.

In 2010, the commission of the United Nations Environment Program “Assessment of the impact on the environment of consumption and production of priority products and materials” stated the following:

“The global transition to a vegan diet can lead to a 13% reduction in greenhouse gas emissions and a decrease in the utilization of the planet’s bioresources, which can lead to the resolution of hunger in the long term.”

The formation of the right human nutrition is one of the most important global issues in the 21st century. The rapid growth of the planet’s population and the complex ecological condition make it necessary to take serious measures in many spheres of life. As it turns out, a well-designed diet is no less important than cleaning emissions of large plants.

“The livestock sector and the way in which it will develop will cause deep and wide-ranging environmental consequences that must be immediately eliminated.”

This is a quote from one of the messages of the Food and Agriculture Organization of the United Nations (UN Food and Agriculture Organization, FAO). The principle is simple: people eat meat – it needs to be produced. At the moment, the livestock of cattle, pigs and sheep roughly corresponds to the population of the third planet from the Sun. Their cultivation and subsequent production of meat lead to the following negative factors for the environment:

Breeding animals leads to an increase in the concentration of several types of greenhouse gases: carbon dioxide (because of the breathing of animals) and methane (due to digestion of livestock). And this is only the direct formation of gases, and there are also indirect causes that increase the level of gas content:

As a result of activities to produce meat as a food product, more than one-fifth of greenhouse gas emissions into the atmosphere are formed.

Livestock uses water at all stages: watering fodder crops, drinking, washing, meat processing. Until now, there is no single-valued value of water consumption for meat production – the estimate is too different. It is often possible to meet the figure calculated by George Borgstrom from the University of Michigan. According to the work of the scientist, about 4.300 liters of water are needed to produce 2.2 lbs of beef. Thus, the meat industry takes more fresh drinking water than directly to drink by humans. 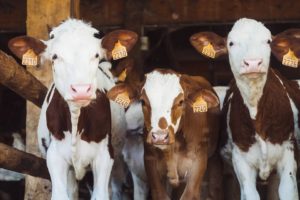 For the functioning of the livestock sector requires the allocation of large areas of land that go under the crops of forage crops, farms, production lines. In most cases, these territories are no longer suitable for restoration and completely degraded. Landscapes completely change, and the soil is contaminated with waste and chemicals. According to the PNAS magazine, approximately 30% of the available area is used for livestock breeding purposes.

This includes the catastrophic deforestation of forests, which are being destroyed for the liberation of the territory for cattle breeding complexes. It is the expansion of meat production, according to the report in 2006, which is the main cause of forest destruction.

Livestock produces a huge amount of waste. Recycling takes time, money and leads to the pollution of large areas. Ammonia, methane, hydrogen sulphide and other substances are concentrated in waste collection areas.

The philosophy of vegetarianism as an important tool of ecology

Vegetarianism is not just a rejection of meat. It is a multi-faceted philosophical concept that shapes a person as a person. Any person who has switched to vegetable food, gradually changes his outlook.

If the diet of a person is replaced in the direction of vegetarianism, then the production of meat will decrease substantially, and, consequently, the above negative factors will be reduced to a minimum. It’s clear. Let’s try to look a little deeper.

If a person chooses vegetarianism for himself and forms a diet from plant products, he will choose good vegetables and fruits. And good vegetables grow on good soil, for which a favorable ecology is important. Consequently, a vegetarian will take care of nature to a greater extent. Who wants to eat unripe fruits with pesticides?

One of the symbols of vegetarianism is green. The color of harmony, freshness and calmness. It is impossible to be an adherent of such a diet and not appreciate the nature. The concept of vegetarianism is based on caring for the animal kingdom and for ourselves as part of this world. Attention to the ecological situation is an integral part of the worldview of a vegetarian. Changing human psychology and eliminating the consumer attitude to the environment are the main factors that are useful for preserving the planet and biodiversity on it. In nature everything is incredibly closely intertwined and interconnected, and each of us is an integral part of the system.

And best of all, the great scientist Albert Einstein emphasized the importance of vegetarianism for humanity:

“Nothing will bring such benefit to human health and will not increase the chances of preserving life on Earth, like the spread of vegetarianism.”