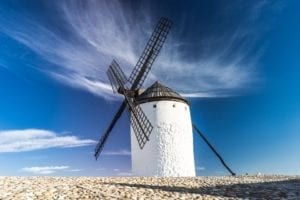 The use of renewable energy can undoubtedly provide us with energy security in the future. Scientists, engineers, visionaries and enthusiasts have for some time been merging on one topic – the best way to store renewable energy.

The production of energy from renewable sources has both economic and ecological advantages. Traditional fossil fuels, which are still used to generate energy, unfortunately have limited resources and it should be assumed that in the future both coal, oil and natural gas deposits can be clearly depleted if not completely exhausted. Therefore, renewable energy sources (RES) can guarantee certainty in electricity supply.

Pumped storage power stations
The use of pumped storage power plants is currently the most popular method of hydro energy storage, including in the United States. The idea of this concept is to store the generated energy generated during periods of low intake, i.e. above all at night and release it at times of increased demand. The principle of operation of this type of power plant is based on the flow of water between two tanks – the lower and upper. In the period of reduced energy consumption, water, with the participation of the pump, is pumped from the bottom tank to the upper one. When the demand increases, the water from the upper tank is lowered down and drives the turbines generating electricity.

Energy storage in bags with conjugated air
The technology for storing energy over conversion in compressed air (CAES – Compressed Air Energy Storage) is based on a system of tanks placed under water, which are powered by a ground installation. The excess energy is used to compress air, which is stored in specially constructed balloons. In the situation of energy demand, the air accumulated in the tank goes to the expansion machine and drives the turbines.

The gas stored in the salt caverns is compressed to a pressure of about 70 atmospheres and maintains a temperature of 1292°F. The first installation using compressed air technology was carried out in the German city of Huntorf. The next ones are tested in the United States, Mexico and Canada. The effectiveness and efficiency of this solution is estimated at 50-70% and they are to be an alternative to pumped storage power plants.

Vanadium batteries
China grows into a very strong player in the field of energy management. One of the technologies used to store energy coming from renewable sources are batteries with a huge capacity of up to 1,000 MWh, in the construction of which cells of the element called vanadium were used. It is in China that they find the largest deposits of vanadium, hence the ease of access to this precious metal.

The principle of operation is based on the use of the potential difference between different forms of vanadium ions which allows to generate energy.

Water energy storage
A key element of this solution are wind turbines, which are built on the tops of hills. At the bottom of the hill, an artificial lake must be built, while retention tanks are built in the bases of the turbines. Overproduction of energy is used to transport water with the participation of a pump from an artificial lake to retention reservoirs.

In the period of increased current consumption, the water accumulated in the retention reservoirs flows to the lower lake, thus driving the turbine for energy production.

Renewable energy sources should be the basic source of energy for societies as soon as possible. The ongoing degradation of the environment is also caused by the combustion of fossil fuels to ensure unrestricted access to power-operated equipment. Therefore, in the interests of the future of our planet, the transition to “green energy” will be the best solution.