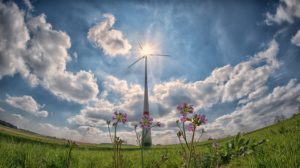 The energy of wind, sun, or water often uses the terms “alternative, pure, carbon-neutral or distributed,” but each of these terms, it turns out, has its meaning. Let’s consider the differences of these concepts.

Alternative energy. This is the form of electricity production that does not belong to the dominant paradigm. At the time of 2018, alternative energy sources can not be called obsolete forms of power generation, such as hydroelectric plants and nuclear power plants, because they are widespread. It is also interesting that solar energy can not already be called an alternative.

This is a form of production that only provides a small amount of chemicals, particles, harmful radiation or carbon dioxide throughout the cycle. In the production of such energy, any damage to the environment has an exclusively local character and is almost invisible globally. From this perspective, the energy of the wind and of the sun, as well as of the atomic (if the stations are located in safe places), are obviously clean, unlike fossil fuels.

The term implies that energy is produced next to the consumption point, and the surplus is distributed to the general network. An example of this approach is the roof of a building with solar panels or a diesel generator.

This is the energy consumption, which either immediately restores due to geological or atmospheric processes, or consumes so little resources from their total volume, which will last for tens of thousands of years or more, and at the same time the environment is not harmed. The energy of wind and the sun is undoubtedly renewable, as well as geothermal.

These include the following types of energy that, when undergoing a complete cycle of extraction, production, distribution, use and decommissioning, have emissions per kW in the range of 10 to 100 g of CO2 per kW after reducing the environmental impact or reclamation. According to these standards, atomic, solar and wind power are neutral.