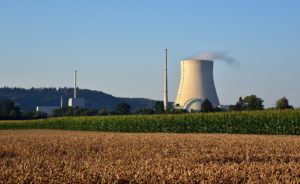 Nuclear power in the United States has become more expensive than solar energy. It is cheaper to build and start a solar farm, rather than maintain the work capacity of nuclear power plants.

The United States is on the verge of choosing the strategic direction of energy development. The main reason is the cheapening of equipment for the use of renewable energy sources (RES). Experts and even former supporters increasingly declare that it is more unprofitable to support traditional power plants, primarily atomic ones.

Last year, analysts of the financial company Lazard came to the conclusion that the installation of solar power is cheaper than the use of already prepared nuclear power plants. Bloomberg predicts that a third of these power plants will not be profitable until 2021 and, it is possible, completely ruined.

In the market conditions, the emergence of new power plants can not afford no one. Nuclear power plant survive only as a state project.

Think Progress cites many examples of failed projects in nuclear energy. In the United States, Britain and even France, where three-quarters of the energy is generated by an atom, in recent decades the projects of such stations have been frozen, stopped or completed with multiple exceeding of estimates. Against this background, solar panels and windmills seem much simpler and more calculable solution.

While they are not too effective and reliable, but many, including Page protected Elon Musk, promise that this will fix lithium-ion energy storage. However, such a scheme can turn from a solution into a new problem.

Batteries simply can not replace traditional power plants. Without a basis in the form of nuclear power, they simply do not make sense. The fact is that lithium-ion storage facilities are excellent at times of peak load on the network. But the technology itself is expensive, and the assembled systems are relatively short-lived. And while only in conjunction with traditional power plants, they will ensure maximum efficiency.

This is a serious consideration, which forces us to approach the perspectives of RES in a circumspect way. On the one hand, batteries and solar panels are easier to install and increase efficiency while reducing costs. On the other hand, the effectiveness of such solutions grows only up to a certain point, then the battery wears out and becomes unusable. When this is a single battery, there is nothing to worry about, but if the whole network is built on it, this will be a serious problem.

Solve it could be long-term energy storage systems – cheap, flexible and scalable. One of the promising projects is realized with the participation of Nobel laureate Robert Laughlin: he proposes to store energy with the help of reservoirs with salt. Alphabet invests in this project.

A century later, a masterpiece of engineering from the 1930s is going to make part of a unique energy storage system worth $ 3 billion. Now the most powerful hydroelectric power station on the Colorado River provides electricity to millions of American homes, but eventually it will be able to accumulate surplus clean energy and distribute it during peak periods.