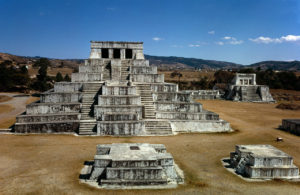 Deforestation is very dangerous for the existence of human civilization. Proof of this can serve as a new conclusion of scientists who are convinced that the Maya Empire of the Empire came to the decline precisely because of the total felling of trees.

Until now, most geologists have held the view that the cause of the decay of the Maya Civilization has been a prolonged drought. However, a group of Canadian scientists added one more factor to this factor.

Geologists from the Canadian University McGill (Montreal) in one of the scientific publications published the results of their studies. Scientists have studied in detail the composition of soils in the territory, where once there were over-developed city-states of the Maya Empire.

The researchers came to the conclusion that not only arid weather caused the destruction and extinction of such a developed civilization of ancient people.

Experts have studied the indicators of soil analysis taken in the jungle, where many centuries ago the life ravaged by the most developed at that time of the Maya civilization. So, the results showed that the soil in the place of the present primitive forests was not in a good condition a long time ago, it was subjected to erosion and degradation. The reason for this – the total deforestation of the inhabitants of the ancient empire. 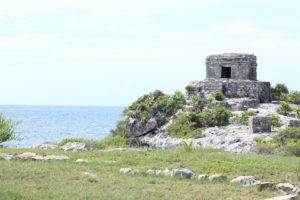 Recall that, according to the conclusions of modern academic historians, the Maya civilization collapsed quite rapidly. Residents of large developed cities hastily left their homes and left. What was the reason – clearly no one can say. However, until now researchers are struggling to resolve this issue, now and then new theories and assumptions are emerging, most often causing heated debate among the scientific community.

Whatever it was, and the Maya empire left an indelible mark. Until now, archaeologists have found new artifacts of those times, which often strike the imagination with their uniqueness.