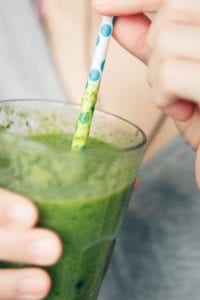 The threat to humans is also genetically modified food, but above all poisonous substances from polluted water and air that penetrate into our body. It is therefore increasingly important to cleanse the body of excess toxins. How to do it? Cleansing the body of toxins

The human body in the metabolism process also produces many substances that are not always excreted. Usually, we do not think about how your body deals with the removal of metabolites and toxins that got into it with food or air. Nature has equipped us with mechanisms that help us to cleanse our system of bacteria, viruses or fungi. Sneezing, coughing, runny nose or even diarrhea are processes that aim to remove dangerous residues of metabolism and toxins. Because today the importance of these natural processes is no longer appreciated, our body is deprived of a natural cleansing process. It limits the impact of these substances by putting them in their own tissues – total or fat, or joints.

Cleansing therapy – temporary fashion or an essential part of modern health prophylaxis?
Poisons that have not been removed from the body as a result of natural processes, disturb its regulatory functions, which may be manifested by the hypertrophy of the tonsils, enlargement of the lymph nodes or the formation of polyps. A further consequence of contamination of the body are chronic diseases. These can be allergies, inflammations, degeneration and even cancers.

The natural processes of purifying our body are supported by homotoxicology, or science, which is a development of homeopathy and treats all diseases as strictly directed defense processes against homo toxins (substances toxic to the human body) that arise in the system or get to it from the outside. According to homotoxicology, the diseases are a consequence of the defense activities of the system aimed at the elimination of homo toxins.

Homotoxicology in cleansing therapy
The principles of homotoxicology were developed in the 1950s by Dr. Hans-Henrich Reckeweg. According to them, all disease processes are the result of the body’s fight with toxins, which is aimed at their expulsion. According to homotoxicology, diseases are biological and purposeful processes that aim to detoxify the body. The disease is therefore the effect of overloading the body with homo toxins. If they are not excreted, they accumulate in the body, the disease is prolonged. Recovery is the restoration of balance disturbed by toxins. Homotoxicology uses complex homeopathic medicines (medicines consisting of several substances), called antihomotoxic.

Homo toxins are harmful substances that can enter the body from the outside (exogenous homo toxins) or are formed in the body as a result of physiological reactions (endogenous homo toxins). A homo toxin is any physical, chemical, microbiological, etc. factor that alters or damages the biological system.
Exogenous homo toxins get into the body from the external environment, through the digestive system, respiratory system or skin. These can be chemical substances – such as heavy metals, physical factors – that is, for example, radioactive radiation and noise, as well as biological factors – parasites, bacteria, fungal viruses, as well as psychic – including stress. Endogenous homo toxins arise as a result of metabolism. Listed are substances such as bilirubin, creatinine and lactic acid. We also include substances resulting from overproduction or a shortage of certain substances, such as neurotransmitters or hormones.

With the increasing amount of artificial chemicals in our environment, the importance of homo toxins increases. All toxic substances act differently on individual organisms.

Self-regulation of the body and modern cleansing therapy
The human body is equipped with mechanisms eliminating toxins. In the cells there are detoxifying enzymes that are necessary for the life of organisms, because by preventing entropy they maintain homeostasis.
The amount and variety of toxins present in the environment that enter the human system already exceeds the possibilities of physiological detoxification. As a result, toxic substances accumulate in the body. Their excess leads to a weakening of the body’s immunity and, consequently, disturbances in biochemical changes, which in a further step immerses the regulatory balance of the body. As a result, constant fatigue occurs, while the decline in immunity contributes to acute infections, and in extreme cases – chronic diseases. Symptoms of disorders of the body’s regulatory functions are also digestive disorders, insomnia or mood swings, but also skin problems, cellulite, obesity. In this way, our body sends us a signal that the natural purification system is not efficient.

What is modern detoxification?
Considering current environmental pollution, modern detoxification is of particular importance. It improves the self-regulatory abilities of the human body, restores the efficiency of cells, tissues and organs, and even clears the information systems of the system.
Therapy in accordance with the principles of homotoxicology allows you to stimulate the body with low doses of preparations administered in multiple doses throughout the day. This allows supporting natural periods of maximum activity of individual organs, when they can be most effectively activated.

Drainage and detoxification therapy is best used prophylactically. Usually, the basic, comprehensive cleansing therapy that supports the drainage of toxins and the individual system – lymphatic, digestive, excretory (kidneys) is recommended to be carried out twice a year.